Welcome to the March newsletter. In this months newsletter there are links to Bitesize Learning articles on Managing stress, Managing emails, and some really useful keyboard shortcuts that everybody can learn.

19 April – Moving into leadership and management – A few places left

As with most people, I am often on the lookout for additional learning and development to either improve my performance in my current role, or to develop skills which would help to open up new opportunities.

Having previously studied for qualifications in Project Management and Voluntary Sector Management, I’ve found theoretical learning to be of great value, in particular having knowledge of different theories on things like leadership, strategic business planning, governance, change management, and financial planning.

But, I’ve found it more difficult to access practical bitesize learning, in particular navigating the countless wide-range of online resources, to find ones that have quality and trusted information.

What I have found, and what I can recommend, is my usual ‘go to’ resource on a variety of subjects, Knowhow Nonprofit – www.knowhownonprofit.org/how-to

Knowhow Nonprofit provides brief guides on a wide range of subjects and, in particular, areas where you would not consider seeking specific training courses. These guides are written and edited by people working in the sector, and often come from the actual experience of putting plans into action.

The Stress Management Society website has a range of information, and tips for dealing with stress, as well as a Stress Test , so you can find out how stressed you are.

We all know what it’s like to feel stressed, with pressures at work, pressures at home, worrying about money, family and health, it seems like there’s an endless list of things that we end up worrying about, and with so many demands on us it’s easy to become overwhelmed and stressed. When we’re stressed it can affect our sleeping, eating, and produce hormones called cortisol and adrenaline, and all of these things can affect out health in the longer term.

An important aspect of dealing with stress is recognising that you can do something about it, and that there is information, support and help available.

For a range of information, tools, and tips have a look at the following websites:

Mindfulness and meditation are two key things that can help relieve stress. If you’ve got a Smartphone or tablet, why not download an app such as Insight Timer – a free app with links to guided meditations, talks, and playlists. With 3,400,000 users, Insight Timer is rated as the top, free meditation app.

Keyboard shortcuts are a great way of saving time when you’re working on your computer. Instead of using your mouse, you can keep your hands on the keyboard to do a number of things, including cutting text, pasting text, making things bold, and even saving files. Find out and practice how to use the Top 10 keyboard shortcuts here.

Keyboard shortcuts can often be used in different packages, including Microsoft Word, Excel, and Powerpoint, so once you’ve learnerd them for one programme, you can use them in many others.

Emails are a great way for communicating with people, but managing emails can be a source of distraction that takes up a lot of your time.

Spending some time to think about how to manage your emails is worth doing, to help you feel more on top of things, and to help you spend time focusing on priorities.

In this article a journalist with over 16,000 unread emails describes her journey into finding the best way to manage her emails, to achieve “email inbox nirvana”.

You may not have 16,000 unread emails in your inbox (or maybe you’re not far off?) but information and help is out there. Why not have a look at this Mind Tools article for tips and ideas about how to manage your emails more effectively.

March 8 is International Women’s Day.  The theme for this year’s day is ‘Press for Progress’. In 2018 it’s 100 years since women achieved the right to vote, but the World Economic Forum’s 2017 Global Gender Gap Report indicates that gender parity is over 200 years away.  This year International Women’s Day is focusing on the need to push for progress on gender parity, as well as celebrating the social, economic, cultural and political achievements of women.

Women are still not paid equally to that of their male counterparts, women still are not present in equal numbers in business or politics, and globally women’s education, health and the violence against them is worse than that of men.  Much progress has been made, we do have female astronauts and prime ministers, school girls are welcomed into university, women can work and have a family – women do have real choices.  But there is much still to do.

As part of the Press for Progress campaign, there is a call for us to commit to a gender parity mindset. As part of this mindset, we can focus on clear actions for now and the future, such as:

Some of the events planned for IWD in the Liverpool City Region:

Business Club – ‘Women Are My Sisters, Not My Competition’

International Women’s Day:  “Be Your Own Role Model” Lunch and Learn

International Day for the Elimination of Racial Discrimination 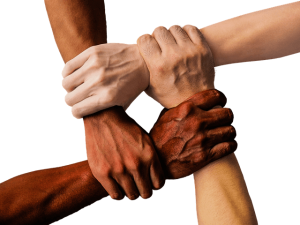 21 March is the international day for the elimination of racial discrimination.  The theme this year is ‘promoting tolerance, inclusion, unity and respect for diversity in the context of combating racial discrimination’.   Article 1 of the Universal Declaration of Human Rights states that all human beings are born free and equal in dignity and in rights.

The rights to equality and non-discrimination are cornerstones of human rights law. Yet in many parts of the world, discriminatory practices are still widespread, including racial, ethnic, religious and nationality based profiling, and incitement to hatred. The international day for the elimination of racial discrimination is still relevant today, despite progresses such as the dismantling of the apartheid system in South Africa.

Much progress has been made to enshrine the prohibition of racial discrimination in international human rights instruments, but much remains to be done, and the United Nations highlights how “racism, xenophobia and intolerance are problems prevalent in all societies, and discriminatory practices are widespread, particularly targeting migrants and refugees as well as people of African descent.”

December 2018 marks the 70th anniversary of the adoption of the International Declaration of Human Rights, and the UN is calling on all of us to stand up against racial prejudice and intolerant attitudes, to fight against racism, and to stand up for human rights.

For more information on the Universal Declaration of Human Rights see

http://www.un.org/en/universal-declaration-human-rights/, and for information on the events and activities leading up to the anniversary of the adoption of the human rights declaration visit http://www.standup4humanrights.org/en/index.html